Last updated on May 18, 2022 mcplegal Copyright

A “copyright troll” should not be confused with a “patent troll”.

A Patent Troll is somebody who tries to make a lot of money off a patent that they are not practicing and have no intention of practicing and … [have] never practiced. Overstock.com, Inc. v. Furnace Brook, L.L.C., 420 F. Supp. 2d 1217, 1218 (D. Utah 2005) aff’d, 191 F. App’x 959 (Fed. Cir. 2006). Representative Howard Berman stated that patent trolls have a “negative effect on innovation.” He spoke of countless situations in which patent holders, making no effort to commercialize their inventions, lurk in the shadows until another party has invested substantial resources in a business or product that may infringe on the unutilized invention. The patent troll then steps out of the shadows and demands that the alleged infringer pay a significant licensing fee to avoid an infringement suit. Id.

A Copyright Troll is an owner of a valid copyright who brings a copyright infringement action “not to be made whole, but rather as a primary or supplemental revenue stream.” James DeBriyn, Shedding Light on Copyright Trolls: An Analysis of Mass Copyright Litigation in the Age of Statutory Damages, 19 UCLA Ent. L.Rev. 79, 86 (2012). Third Degree Films v. Does 1-47, 286 F.R.D. 188, 190 (D. Mass. 2012).

With the evolution of technology, copyright infringement has become a valid concern for many copyright holders. According to the Recording Industry Association of America (RIAA), since peer-to-peer (p2p) file-sharing site Napster emerged in 1999, music sales in the U.S. have dropped 53 percent, from $14.6 billion to $7.0 billion in 2013. As Napster was a plague to the music industry, as alleged by RIAA, its technological successor, BitTorrent, has become a plague to the movie industry. And just as p2p software has evolved from Napster to BitTorrent, the copyright troll has evolved with technology, specifically, the entrance of pornography copyright trolls. With the cost of production arguably low in many pornographic works, the potential profit margin through litigation as a primary revenue stream may be huge.

Since 2011, pornography copyright holders, such as plaintiffs’ K-Beech, Patrick Collins, First Time Videos, and Malibu Media, have filed thousands of cases throughout the United States. As early as 2013, Courts around the country were becoming troubled by the rise of so-called “copyright trolls” in the adult film industry, who file mass lawsuits against anonymous Doe defendants with the hopes of coercing settlements. Malibu Media, L.L.C. v. Brenneman, No. 3:13-CV-00332-PPS, 2013 WL 6560387, at *2 (N.D. Ind. Dec. 13, 2013). President Obama has personally condemned the practice of copyright trolls and patent trolls clogging the courts, and Chief Federal Circuit Judge Randall Rader made similar comments in a New York Times article. Some law firms and lawyers representing these plaintiffs, such as Prenda Law, have even faced sanctions and ethical issues that could place their ability to practice law at risk.

Of the most prevalent of the remaining pornography copyright holders utilizing litigation as a primary or supplemental revenue stream is Malibu Media doing business as Xart.com (caution: adult content). Malibu Media has filed over a thousand copyright infringement lawsuits throughout the United States against John Doe defendants. It continues to file these lawsuits on a rolling basis, typically against one defendant I.P. address that has allegedly uploaded one or more bits of multiple movies to Malibu Media’s investigators through BitTorrent or another software program utilizing similar technology.

Malibu Media typically requests “statutory damages” as an award of damages according to the Copyright Act, precisely 17 U.S.C. § 504(c)(1). Such “statutory damages” fall between $750.00 and $30,000.00, but can be increased in the court’s discretion up to $150,000.00 if the court finds that the infringement was committed willfully and reduced to $200.00 if the court finds that the infringer was not aware and had no reason to believe that their acts constituted an infringement of copyright. 17 U.S.C. §504(c)(2).

When Congress drafted this language, it likely did not contemplate that an individual would use technology such as BitTorrent to quickly transfer bits of a whole movie or music file for personal use. The result is an infringement upon a copyright holder’s exclusive rights. Instead, it is much more likely that Congress contemplated that a corporation, or other parties with substantial assets, would be the tortious actor infringing upon another corporation’s exclusive rights in a copyright. Other than a fair use defense, which is still a bit of a grey area, there is no carve-out for personal use by an individual in the United States for copyright infringement and may be one of the many reasons there is a push for reformation of present U.S. copyright laws.

Judge Chappell used Countryman Nevada, L.L.C. v. Adams, No. 6:14-cv-491-Orl-18GJK, 2015 WL 574395, at *7 (M.D. Fla. Feb. 11, 2015) as a basis for determining the statutory damages, stating that Malibu Media’s request for $70,500.00 would provide Malibu Media a windfall and therefore is not warranted here. Clever Covers, Inc., 554 F. Supp. 2d at 1313 (“statutory damages are not intended to provide a plaintiff with a windfall recovery.”). It will be interesting to see whether or not other federal courts adopt a similar ruling to that of Judge Chappell’s ruling and how it will affect settlement negotiations between Malibu Media and its defendants moving forward.

Since 2011, McClanahan Powers has defended hundreds of defendants in torrent copyright infringement lawsuits throughout the United States against various copyright troll plaintiffs. Please contact through our website to inquire into how the firm may assist you. 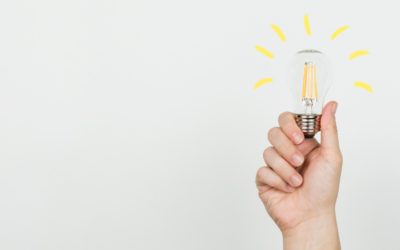 Copyright and Trademark Differences in the United States

The Importance of an Adequate Copyright Notice to Defeat Them

Be Wary of a Copyright Assignment or an Exclusive Copyright License

Let's get in touch

Give us a call or drop by anytime, we endeavour to answer all enquiries within 24 hours on business days.